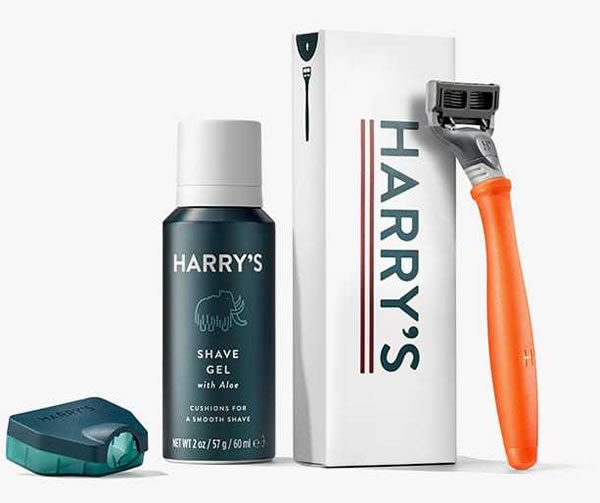 Harry's has completely disrupted the razor blade market, long dominated by Gillette and Schick, with its simple formula of combining high-quality shaving products with the convenience of home delivery at affordable prices. This alone makes Harry's worth it for many men, but there is a lot to its products and its service that also make it a much better shaving experience.

Harry's produces razor blades in its own factory in Germany. This allowed them not only to reduce costs and save on consumers, but also to control the quality of the product when it went off the assembly line.

What You Get With Harry's

Harry's razors come in two styles, Truman and Winston. Truman sports the basic handle, which is offered free to new subscribers, while Winston is the premium option. Regular prices are $15 and $25, respectively. The subscription is based on the frequency of shaving, where the customer can choose from five to seven shaves per week, two to four shaves per week or just one shave per week. Membership is flexible, and subscribers can cancel at any time. 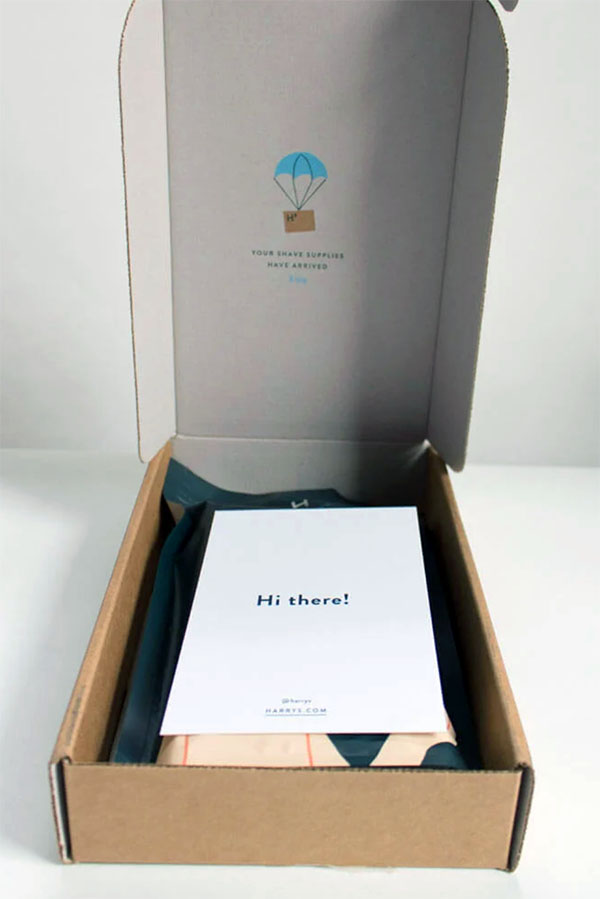 Pricing depends on the shaving frequency. For example, a customer who shaves two to four times a week gets a package of eight cartridges every three months for $7.50 a month. He can add two bottles of shave gel for $15 a month, or two bottles of shave gel plus a 1.7-ounce bottle of post-shave balm for $19 a month. There is only one type of razor cartridge: five blades with a flex hinge and a lubricating strip.

Harry's utilizes its website to sell high-quality razors along with other shaving products at an affordable price. An initial purchase is usually a set, such as "The Truman Set", which includes a razor, three blades and shaving gel, and sells for $15. From that point forward, blade refills can be purchased for as little as $2 each as needed or on a subscription basis. The shaving cream is a little costly at $8, but it is formulated to last much longer than the typical can of shaving cream.

Harry's set out to ensure its razors and blades are always of the highest quality. To that end, it purchased its own blade factory. It is not just any factory, but a factory in Germany that has produced billions of blades in its nearly 100-year history. By actually owning the factory that produces its blades, Harry's can maintain quality control and innovation that goes into manufacturing them. Its closest rival, Dollar Shave Club, simply purchases blades made by an Asian manufacturer. 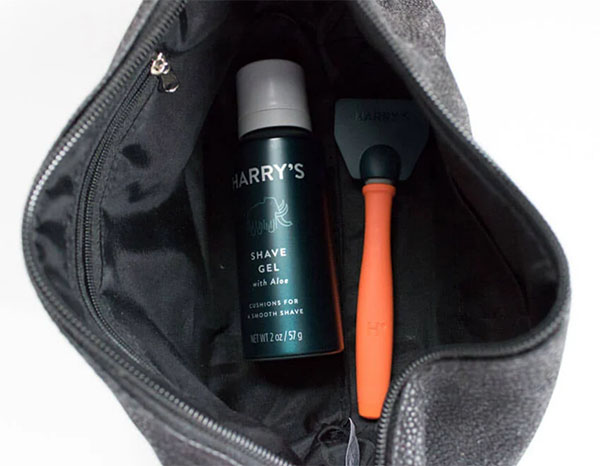 One of the complaints about shave club subscriptions is razor blades are sent to you whether you need them or not. Harry's recognizes that shaving needs are specific to each individual. It offers a Shave Plan that allows you to customize your product deliveries based on your actual need. You can adjust your Shave Plan each month.

In an age when socially conscious consumers are affecting business decisions, Harry's is very much a socially aware business. It gives 1% of its annual profits to a designated organization, and it lends 1% of employee time for volunteer work throughout the city of New York.

Everything about Harry's products and its website exemplifies simple elegance. Its German-engineered razors have a simple, understated design, but they feel substantial. Its website design also has a simple, understated elegance, which makes the product offering seem substantial. The time it takes to go from product selection to hitting the purchase button is minimal, but you may find yourself hanging around to learn more about Harry's compelling story and its philanthropic commitment.

Once you click the purchase button, you are coddled by a stream of elegantly crafted communications thanking you and offering a virtual concierge to handle all your shaving needs. Before you know it, your shaving set arrives in the mailbox. 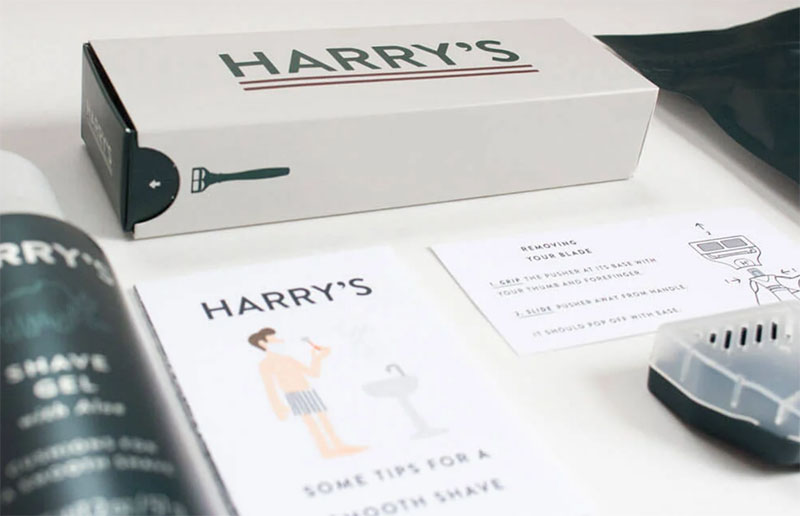 It is difficult to review razor blades, because shaving is such a personal experience. Every man's face is different, and every man's idea of a good shave is different. Some reviews give the blades a high grade, while others say the razors are just a step up from disposable blades. As Harry's is a fast-growing e-commerce business, it listens to its customers. Since it is the designer and direct manufacturer of its own products, Harry's is always working toward improving the quality of its products. The only issue is how far it can go without having to raise prices.

Where Harry's Goes From Here

Harry's razor products are good enough for more than 2 million repeat customers. This takes a small chunk out of the $40 billion razor market that has been dominated by two large companies. Gillette has responded with its own subscription club, but it has yet to compete with Harry's on price.

Venture capitalists think enough of Harry's prospects to invest more than $120 million in its growth. A rival company, Dollar Shave Club, raised $75 million, with an eye toward a possible initial public offering (IPO) as a way to keep up with Harry's growth. With its valuation approaching $1 billion, Harry's may also be thinking about an IPO. There is also a chance of a buyout from a larger company such as Gillette.

In May, 2019 Harry's was purchased by Edgewell Personal Care company for $1.37 billion in cash and stocks. The media has reported that the deal is slated to wrap up in 2020.

Cost of Harry's replacement blades compared to others

No matter the subscription model you go with through Harry's, the cost per blade remains the same at $2 bucks per blade – which makes it relatively affordable.

But how does that stack up to competitors?

Likely not as much in savings as you may initially think… 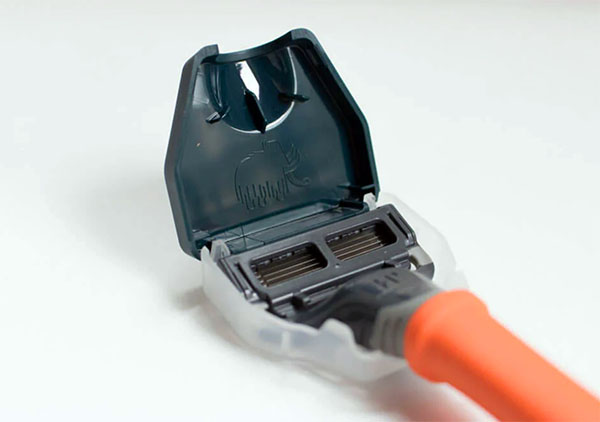 When you compare Harry's to others in the market, while it might seem cheap from the onset, if you can afford the larger packages, it's really not a significant cost savings as one may believe.

The folks at Harry's get our full endorsement; they have managed a pretty remarkable feat in that they have produced a very high-quality product that is very competitively priced. The performance is solid, and the razor feels and looks great. While most mass-market razors have a very cheesy overly decorated look, the Harry's razor looks elegant and understated. Combine this razor with proper shaving technique and you'll get a fine shave at a great price. The folks at Gillette and Shick should take notice. Folks like Harry's and Dollar Shave Club are poised to change the way people purchase shaving tools.

We would recommend going top of the line and buying the Winston set (die-cast zinc and chrome handle, three blades, blade cover, and shaving gel). The less expensive Truman set includes the same blades and shaving gel; the difference is the razor handle with weighted core and texturized rubber finish. 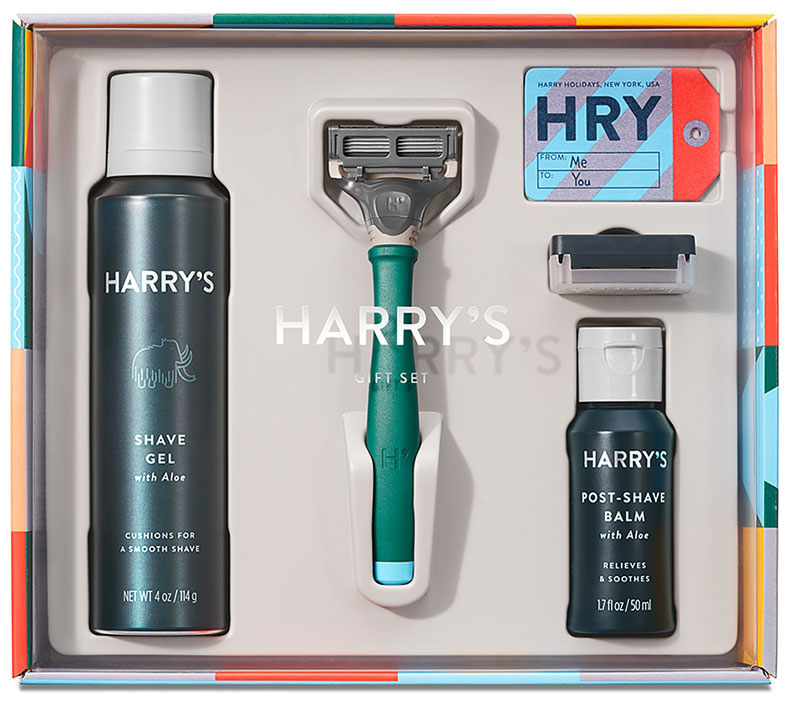 Harry's focuses on simplicity, style and higher quality craftsmanship for its shaving and grooming products. There are just two handles to choose from, and one type of razor cartridge. Its Winston handle is metal with no-slip rubber grips for $20. For $9, you can get the Truman, which has a rubber coating throughout and comes in orange, navy and green.

Like Dollar Shave Club, Harry's has a grooming starter pack for $8 that comes one razor blade cartridge and shave gel. Harry's will send you eight new cartridges for $15 (plus shaving gel for an extra $6), every two, three or five months, depending on how often you shave. 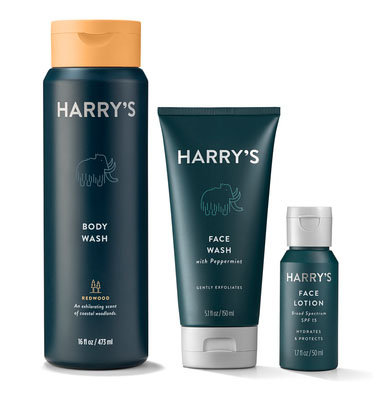 P.S. We have also used their razors with good shaving results. If you truly want a women's razor for happy legs, Harry's owns a brand called Flamingo that sells them, but it does not offer subscription boxes.